DMX walked out of a West Virginia state prison on January 25 after serving almost a year for tax evasion.

During a recent interview with Angie Martinez, Swizz Beatz — who just collaborated on "Just In Case" with X and Rick Ross from "The Godfather Of Harlem" soundtrack — revealed X is back on Def Jam Recordings.

“Certain people, I gotta cross the water,” he says around the 15-minute mark. “I’m like, damn. It’s raining out; I ain’t even bring my raincoat—but we gotta go. X is one of them [people].”

"I know who he really is. It’s a difference, if he was what people probably kinda think he is—maybe a bad person, maybe this, maybe that. I know [DMX]. Like, we slept on floors together. Right? So just making that, alone with him, is an honor

Ahead of the release, the Minneapolis-based group shared three singles from the project, including "Vanilla ISIS" and "Suburban Base."

Boasting severn cuts, "Great Hits" is full of unbridled energy and carries on Shredders' philosophy of delivering nothing but bangers.

Check out "Suburban Base" below.

As Missy Elliott gets ready to receive the Video Vanguard Award at the 2019 MTV VMAs on Monday night (August 26), the Grammy Award-winning artist has unleashed her new "ICONOLOGY" EP.

The project boasts five new cuts (four if you don't count the acapella version of "Why I Still Love You"), including "Throw It Back," which also got the video treatment last week.

The visual is a classic Missy affair and features a crew of dancers, vibrant colors and Misdemeanor's effortless swagger.

Check it out below.

Rapsody has officially unveiled the first video from her upcoming "EVE" album, which is expected to arrive on August 23.

Titled "Ibtihaj," the visual pays tribute to Ibtihaj Muhammad who became the first Muslim American woman to wear a hijab while competing for the United States in the 2016 Olympics.

GZA — who contributes to the track alongside the elusive D'Angelo — stars in the video with Roxanne Shanté, Mary J. Blige and several women rocking vibrant hijabs.

Watch the video below. 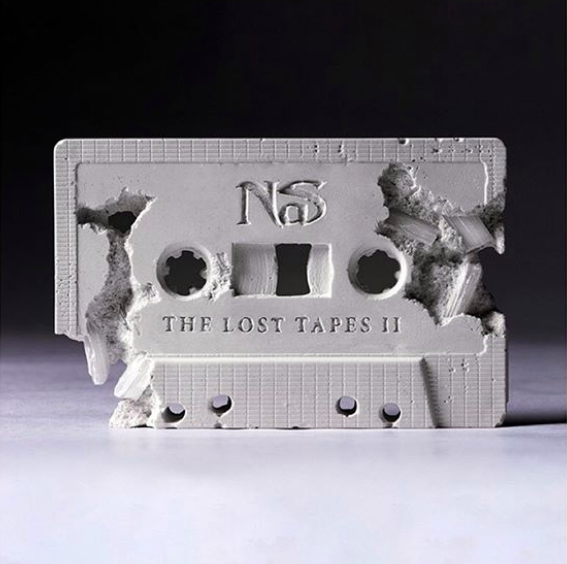 Seventeen years after the original, the inimitable Nas has returned with his latest album, "The Lost Tapes II" a compilation of tracks rescued from the cutting room floor.

Comprised of 16 cuts, the project pulls from leftovers originally intended to be included on albums such as 2006's "Hip-Hop is Dead," 2012's "Life is Good" and last year's "Nasir."

The project is currently available on all streaming platforms.

Bahamadia has returned with a new video for "We Here," an unapologetically brash, in-your-face anthem slamming the gender inequality that's been omnipresent in hip-hop since its origins.

Directed by Olise Forel-directed, the video finds the Philly Hip Hop legend paying her respects to both her predecessors and successors. From MC Sha-Rock and Queen Latifah to Sa-Roc and Rapsody to burgeoning artists such as DJ Kool Flash and Chika, Bahamadia makes sure to include those women representing the culture to the fullest.

"We Here" comes from the B-Girl Records founder's next studio album, "HERE," which is her fourth solo album on the imprint.

The album is expected to arrive this fall.

Check out the "We Here" video below.