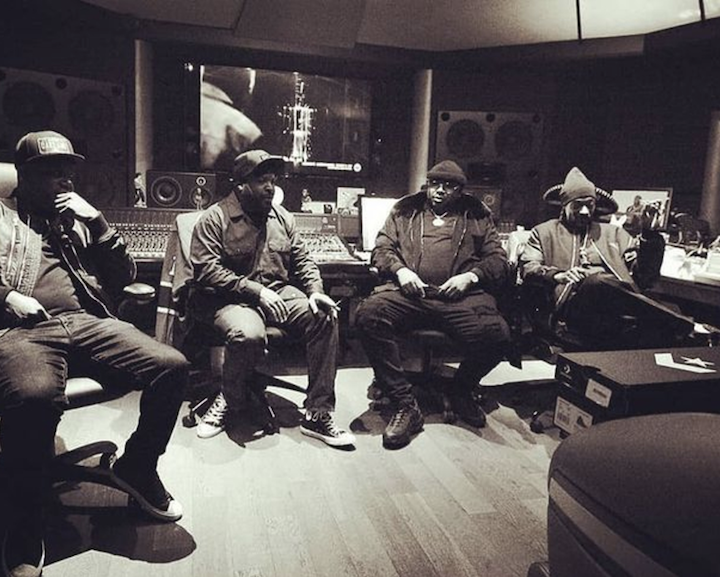 The Mount Westmore posse is continuing the rollout of their debut album—Snoop, Cube, 40, $hort—with new behind-the-scenes footage of the "Motto" video shoot. The clips arrived on Tuesday (January 3) and finds Snoop Dogg, Ice Cube, E-40 and Too $hort getting in character for the Marc Wood and Robert Redd-directed visual.

Snoop, Cube, 40, $hort arrived on December 9, 2022 and served as the second iteration of Mount Westmore's debut. The first version of the album, Bad MFs, arrive last June, but it was only available in the metaverse. While not all the original songs made it to the final cut, several did, including "Activated," "Too Big" and "Big Subwoofer." 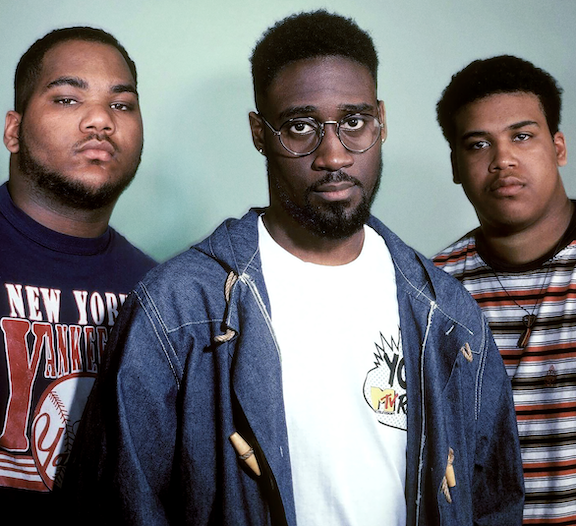 De La Soul—the legendary Hip Hop trio comprised of Posdnuos, Maseo and Trugoy the Dove—has been wrestling over their music with Tommy Boy Records for decades. After years of unsuccessful negotiations, they were deadlocked and it seemed they would never find a resolution. But in 2021, Reservoir Media acquired Tommy Boy's catalog for $100 million, which included De La Soul's first six albums. Suddenly, there was hope. 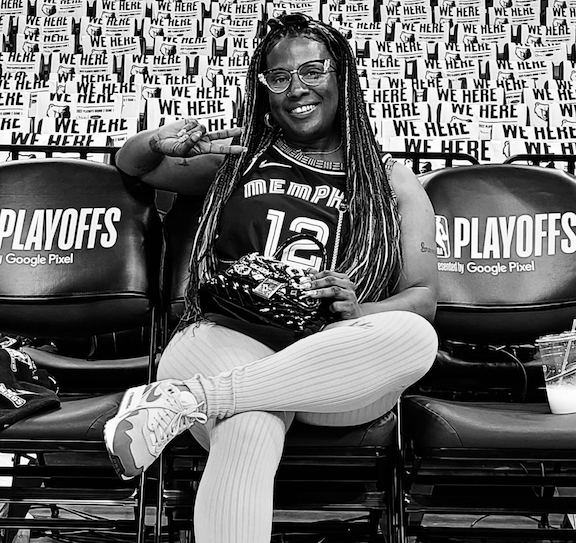 Gangsta Boo, pioneering Southern rapper and a member of Three 6 Mafia, died on Sunday (January 1). Fox13 Memphis reported her body was found on her front porch around 4 p.m. local time. The devastating news ripped through the Hip Hop community as many grappled with her unexpected passing. While no cause of death has been determined, sources close to the situation believe a "fentanyl-laced substance" played an integral role.

Fellow Three 6 Mafia member DJ Paul was one of the first to post about her passing on social media. Although his Instagram post didn't provide any details, the photo of her appeared to confirm her death. An explosion of posts followed from many of her peers. Bun B, Chuck D, Freddie Gibbs, Rah Digga and DJ Premier were among those expressing their condolence 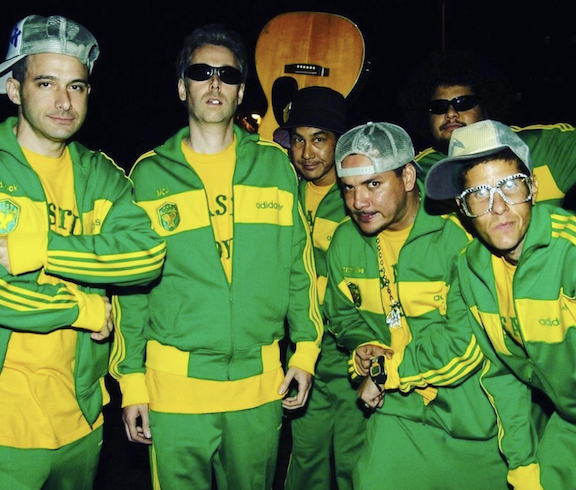 Mix Master Mike manifested his role in the Beastie Boys by leaving multiple voicemails of himself scratching. His plan worked and he ultimately joined the group around the time Ad-Rock, MCA and Mike D were working on Hello Nasty, the Beasties' fifth studio album. Released in July 1998 via Capitol Records, the album debuted at No. 1 on the Billboard 200, selling more than 681,000 copies in its opening week. It later earned two Grammys in the Best Alternative Music Album and Best Rap Performance by a Duo or Group (for "Intergalactic") categories at the 41st Annual Grammy Awards.

On Tuesday (December 27), the Invisibl Skratch Piklz alum shared an Instagram video of himself opening precious cargo from the Recording Industry Association of America (RIAA). Inside was a plaqu 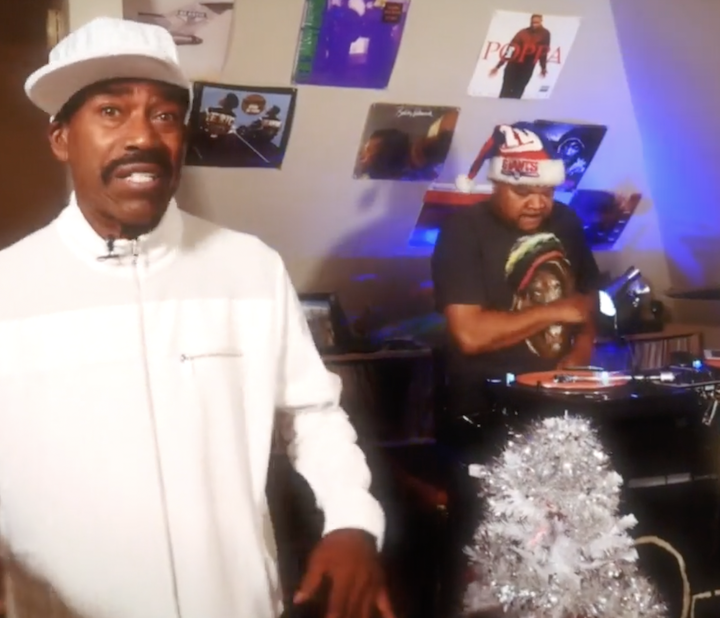 Kurtis Blow became the first rapper to sign a record deal in 1979 when he inked the dotted line with Mercury Records for the single "Christmas Rappin'." The track sold over 400,000 copies, making it the most commercially successful Hip Hop single at the time. Now, the Harlem Hip Hop legend has returned with an updated version of the song with the help of DJ Hurricane.

Shortly before Christmas, the former Beastie Boys DJ uploaded a clip of the song to his Instagram account, which features Blow rapping in front of Hurricane as he tears up the turntables. An army of Hurricane's peers flooded the comments with approval.

Big Daddy Kane wrote, "KURT!!! All the best to you and the fam Cane," De La Soul's Plug One left a series of crown emojis and Masta Ace simply said, "I lo 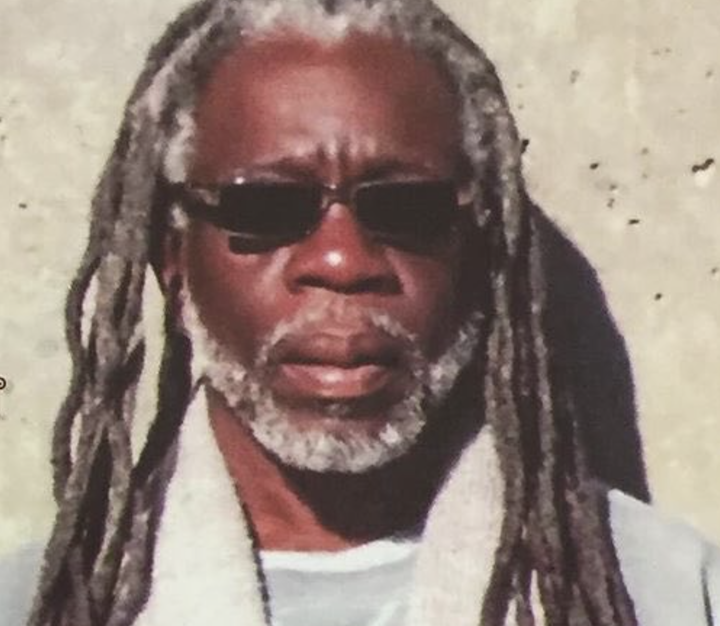 The Shakur family has faced insurmountable tragedies over the years, including the 1981 arrest of 2Pac's stepfather, Mutulu Shakur. But according to The Bureau of Prisons, Shakur was released from a federal prison in Victorville, California after nearly four decades behind bars for "medical reasons." As the New York Daily News reported, the U.S. Parole Commission ordered his release during an October 12 hearing, explaining the 72-year-old had been diagnosed with bone marrow cancer in 2019 causing his health to suffer greatly.