Author, entrepreneur and mentor Malik Wade is my guest on TSF Live 184.

Via malikwade.info: "San Francisco native Malik Wade is a mentor and youth advocate who focuses his efforts on at-risk youth facing daily challenges and adversity. He can be seen regularly at the Juvenile Justice courthouse speaking on behalf of these young men or at their schools speaking with teachers and coaches.

Mr. Wade's mentorship also consists of seemingly simple things such as taking a young person out for a healthy meal or stopping by their homes to speak with their parent or guardian. He has completely dedicated his life to helping these at-risk youth improve their lives and possibility for success.

In 1993, he was put on the FBI's most wanted list which led to him being a fugitive for seven years. He was subsequently arrested and served a fourteen-year federal prison term for conspiracy to distribute cocaine. Today he is the founder and Executive Director of Scholastic Interest Group (SIG), a non-profit organization in his hometown of San Francisco. As Executive Director of SIG, Mr. Wade mentors at-risk youth, speaks at universities such as Stanford, U.C. Berkeley, and Cal State University San Francisco, and speaks frequently at juvenile halls and high schools across the nation. Read about his amazing journey in his soon to be released memoir PRESSURE: FROM FBI FUGITIVE TO FREEDOM."

We talk about all this and Colin Kaepernick. Thanks for tuning in, and we hope you enjoy the show! 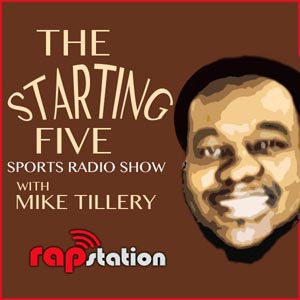