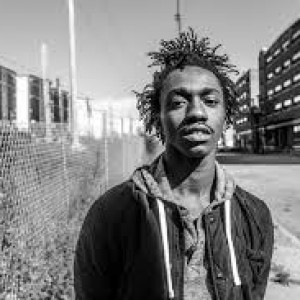 Young burgeoning rapper and outspoken activist Ric Wilson is presumably on top of the world right now. He just released his new EP,Negrow Disco, earlier this week and recently dropped the song “Hang Loose” featuring an intro from Chuck D. Comprised of four tracks, Negrow Disco is dubbed as a tribute to the legends of dance music, a concept that was sparked by a conversation with an elder at a barbershop. Elements of house, hip-hop, and modern pop all blend into one cohesive fabric, delivering Wilson’s signature sound. The Chicago native had a few moments to talk about growing up on the Southside, the most important message he wants to get across in his music and the first time he met the Public Enemy frontman.

RAPstation (Kyle Eustice): Where are you from and how did your environment shape your musical tastes?

Ric Wilson: I’m from the Southside of Chicago and South suburbs of Chicago. Living between the city and ‘burbs helped me grab an understanding of capitalism, and how racism and capitalism go hand in hand into the destruction of human beings.

Were you born “Ric Wilson?” If so, why did you decide to go by your real name?

I was born Richard Wilson. Everybody at the college I went to at Clark i nAtlanta called me Ric, so it just stuck.

Your music is so often full of life and positivity. Where do you think that attitude comes from?

I’m a “glowy" person. I just want everyone to be happy. I don’t know where it comes from. I think it’s just me. If anything, I blame Disney movies [laughs].

What’s the most important message you want to get across to your audience with your music?

I want people to be comfortable in their skin and be unapologetically themselves.

How did you start initially gaining traction with your music? Do you think it’s harder to get heard with the internet and so much out there?

I started getting recognized for my activism before my music. In 2014, I went to Geneva, Switzerland with a delegation from Chicago to present a shadow report and testify to the United Nations, showing the harsh relationship between black and brown people here in Chicago and that sort popped everything off.

Tell me about connecting with Chuck D. How did that all come to be?

Well, me and Public Enemy had a show at Metro [venue] last year. I opened for them and Chuck was watching my set backstage. He came out and showed crazy, unexpected love. We connected afterwards. Chuck is really busy, but a couple days before I came out with the song, he hit me back and gave me the ok to put his intro in the record. I put it in the record because it was a really affirming statement that I really needed at a time. I was feeling hella rejected with my transformation of coming into my new current style, given my political and organizing background. So happy a year later that we've reconnected and I hope the worlds ready for what's next.

What I like about performing is getting all these different types of people with these differences together, and dancing, smiling and having fun. Making someone smile is fucking amazing in my opinion.

What are you working on now?

I was working on Negrow Disco and just dropped that, so now I’m preparing for some shows and stuff.

What does the music you make mean to you on a personal level? How does it give back to you?

Me making music makes me feel alive honestly. I feel like I wasn’t really alive until I started this music-making thing, which is a crazy feeling.