Paris Returns With New Video For "Walk Like A Panther" 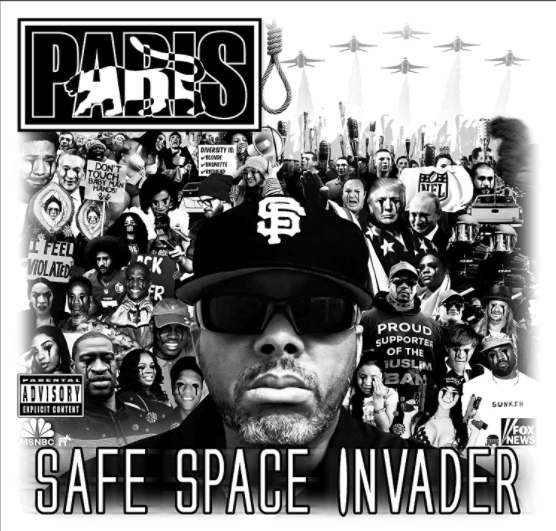 San Francisco hip-hop legend Paris is back with a new video for "Walk Like A Panther," one of 10 tracks on his latest album "Safe Space Invader." Created by Quelle Chris and Paris himself, the collage-style visual puts a spotlight on the dumpster fire that is 2020 and harkens back to the Bay Area activism that put the Black Panthers on the map.

At the same time, Paris reminds hip-hop fans what makes him an impenetrable force of supreme lyricism with lines such as, "San Francisco legendary mumble rappers hella scary/Rapping about thе trap but trapped inside a system built to bury/Blacks in prison, drug addiction and thе military/Selective services furnishin' turf obituaries."

While Paris has always spoken his mind on socio-political issues — and sometimes with such fury MTV once banned one of his videos — the current administration makes his stance feel more relevant than ever.

"Safe Space Invader" arrived on September 25 alongside albums from Public Enemy, Arrested Development and Nappy Roots. As noted in the press release, the project is bursting at the seams with "brutal commentary on Black life in 2020 America, touching on police brutality, racism, gentrification, economic inequality and cancel culture."