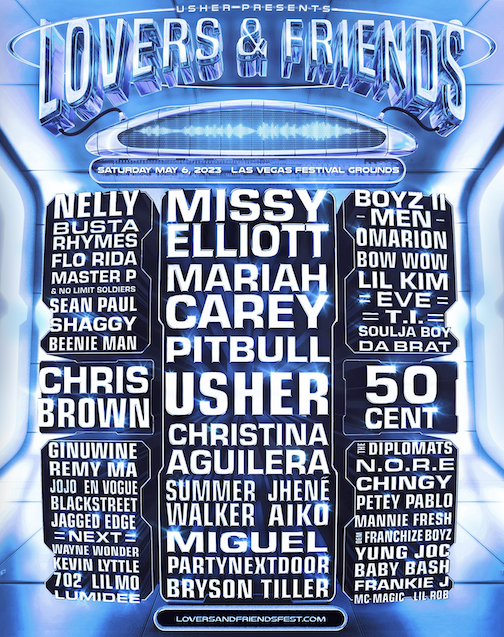 Busta Rhymes, 50 Cent, Master P, Missy Elliott and N.O.R.E. are among the dozens of acts booked for the upcoming Lovers & Friends Festival in Las Vegas, Nevada. Held at the Las Vegas Festival Grounds on May 6, the annual music event brings together R&B and Hip Hop for an all-day concert extravaganza.

The inaugural Lovers & Friends Festival was scheduled to take place in 2020 but was canceled due to the pandemic. It was ultimately rescheduled for May 2022 and sold out in less than hour, prompting promoters to extend the event to two days.

The festival, however, was plagued by issues. On the second day, fans thought they heard gunshots and ran to take cover. Although it was a false alarm, many attendees missed performances by headliners such as Lauryn Hill and Lil Jon. Then there was Ma$e who experienced technical difficulties during his set. He claimed Diddy was behind it and attempting to sabotage him.

Whatever the case, the show must go on. Pre-sale tickets for this year's event go on sale this Friday (January 20) at 10am PST. Any remaining tickets will be available to the general public beginning at 2pm PST. Check out the full lineup here.